There are a multitude of ways mental health support and race are related – with differences in rates of mental health diagnosis, access to the treatment, experience of treatment and outcomes.

Whilst this is recognised at a national level, local activists have been busy creating a platform for these issues to be discussed and addressed in Sheffield.

Usula Myrie, founder of ADIRA, decided to stage a conference ‘Mental Health and Me – the Unspoken Taboo in the Black Community’. The conference was held on Saturday 13th October at Victoria Hall on Norfolk Street.

ADIRA partnered with Sheffield Flourish and Sheffield Mind to arrange the conference and we were pleased to attend, running a stall to raise awareness of Healthwatch Sheffield and taking part in workshops to help us to develop our own understanding. During the conference, we heard from professionals and members of the public about their experiences.

Mental Health and Me involved open and frank discussions of mental health and the intersection with race, ethnicity and marginalisation.

Several people shared their personal experiences. This proved a powerful way for delegates to connect with the impacts of a lack of suitable mental health services and a positive culture of mental health in some BME communities.

Mental health means different things to all of us – individually and culturally. Concerns were expressed that despite a history of multi-culturalism in the UK, our approach to mental health is not always inclusive. At the conference, a lack of understanding shown by predominantly White services was cited as a barrier to accessing services and asking for help. Poor experiences then damage trust between patients and services.

Different cultural beliefs and stigma around mental health is also something that delegates wanted to see being acknowledged. For example, in African and African Caribbean communities, mental health is often likely to be seen as connected to the spiritual, or in some cases to be considered as a punishment from God.

Delegates shared ideas to improve race equality, included raising the profile BME mental health professionals within mental health service provision and the need for specific cultural understanding of BME experiences in the context of inequalities, such as overrepresentation as in inpatient settings. The Sheffield Mental Health Guide is currently putting this into practice, by developing a black therapist directory; a great example for other organisations to learn from.

In the afternoon, a panel including mental health professionals, community activists and conference speakers, took questions from the audience. The conference was successful in raising awareness, achieving local news coverage.

Last Thursday the Equality and Human Rights Commission published Is Britain Fairer? which reflects some of the issues Mental Health and Me considered. In 2016/17 Black/Black British patients were over four times more likely to be detained under the Mental Health Act than White patients. Community Treatment Orders rates were nine times higher compared to White patients and use of restrictive interventions was over three times higher for Black or Black British patients compared with White British.

For people referred for psychological therapies, White patients were most likely to attain recovery, where as Bangladeshi, Pakistani, Other Asian or the Other ethnic group were least likely to.

At Healthwatch Sheffield we’re committed to working closely with all of Sheffield’s diverse communities, and creating opportunities, such as the #SpeakUp small grants programme, for people who are traditionally under-represented in health care decision making to have their say. This week we’re meeting with Sheffield’s Equality Hub Network Cross Hub Health Working Group where mental health is a priority.

Do health and social care services know what you really think?

Share your ideas and experiences and help services hear what works, what doesn’t, and what you want from care in the future. 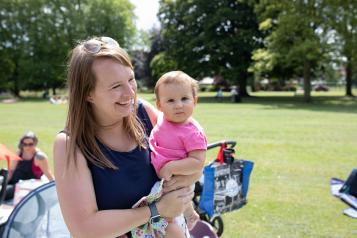 How do we make sure your feedback is heard?
We have a new way to share the issues and experiences you tell us. We've started to produce a monthly briefing, highlighting some of the key issues impacting people in Sheffield.
16 October 2020
News 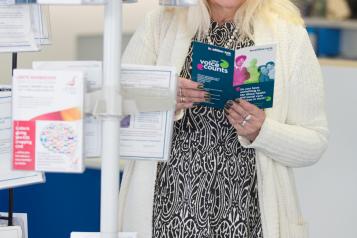 September 2020 - What have we been hearing?
These are the key issues we've been hearing in September - including difficulties getting dental care, the continued impact of COVID-19 on services, and changes to mental health respite care.
16 October 2020
Report 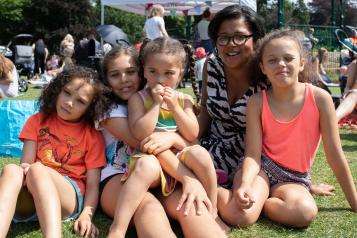 Listening to you
In early 2020, we spoke with local people about which aspects of health and social care they'd like us to focus on in the next 2 years.
30 July 2020
Report