“How can you trust people who refuse to answer questions about your child’s death in their care?” Scott Morrish – 30th November 2017. This question highlights the shattering of trust Scott Morrish experienced following the tragic death of his son Sam

This question highlights the shattering of trust Scott Morrish experienced following the tragic death of his son Sam in 2010.

On 30th November I attended the first ever Parliamentary and Health Service Ombudsman Open Meeting in Manchester. 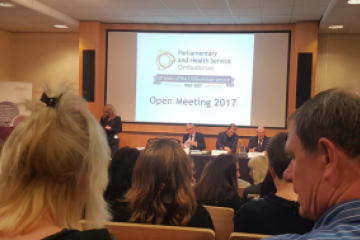 Scott’s speech formed a central part of the open meeting that had been called by the PHSO in order to improve their transparency, and was a powerful reminder of the devastating impact mistakes in the NHS can have and how painful going through a complaints process can be.

Sam Morrish died of sepsis following a series of mistakes by healthcare professionals. It took four long investigations before the truth about what happened was finally revealed.

The PHSO are the very last resort for those making complaints about the NHS and complainants only come to the ombudsman once every other avenue has been exhausted.

This represents a 10 fold increase in the last five years with only 410 complaints being investigated in 2011-12.

Of the complaints that are investigated around a third are upheld. This usually results in acknowledgment and apologies from the NHS service provider involved and measures put in place to prevent the same mistake happening again. Sometimes compensation is paid out to complainants.

The open meeting was held as part of the PHSO’s five year improvement plans that have had accountability and transparency at their centre. It certainly was refreshing to have such an open environment for finding out about the organisation with discussion and questions from complainants and NHS complaints handlers alike. I hope they continue with this approach.

Fortunately, the vast majority of the concerns or complaints about services in Sheffield are handled well at local level.

Healthwatch Sheffield works closely with the Sheffield Advocacy Hub and the patient experience teams at the hospital trusts to ensure that complaints are dealt with sensitively and transparently.

However, it is reassuring that if the PHSO needs to investigate a complaint, they see the importance of being a professional and open organisation. In the spirit of openness, the meeting was streamed on the PHSO youtube channel.  You can also hear a podcast featuring a candid discussion between the current Ombudsman, Rob Behrens and Scott Morrish.

If you need help or advice to make a complaint, VoiceAbility Sheffield deliver NHS Complaints Advocacy and Care Act Advocacy through the Sheffield Advocacy Hub website.

The Parliamentary and Health Service Ombudsman also have a website for more information.

Looking for information about health and care?

Find advice and information to help you stay well and make decisions about your health and social care support. 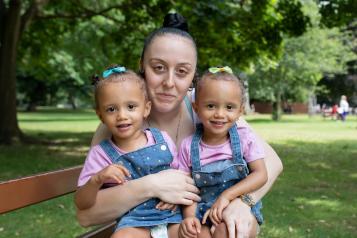 March 2022 - what have we been hearing?
These are the key things we've been hearing about in March - including issues getting a GP or NHS dentist appointment, issues about accessing mental health and autism services and feedback from Sheffield's homeless community.
28 April 2022
Report 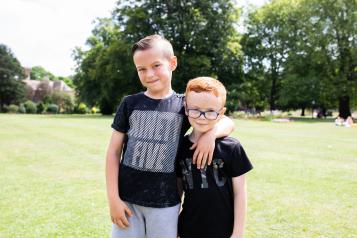 February 2022 - what have we been hearing?
These are the key things we've been hearing about in February - including issues getting a GP or NHS dentist appointment, and people's feelings about the NHS complaints process.
16 March 2022
Report 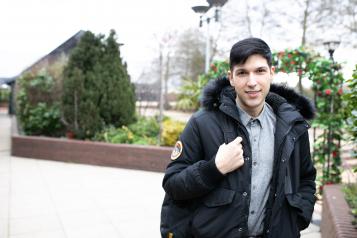 December 2021 and January 2022 - What have we been hearing?
These are the key things we've been hearing about in December and January - including getting NHS dental care, appropriate support for people with autism, and an insight into people's experiences making a complaint.
28 February 2022
Report